BAFATEX Bellingroth GmbH & Co. KG is on the shortlist of the “Mittelstand Award” (for mid-sized companies) 2019. We passed the preselection for the laureates that will be chosen within the finals in September 2019.

In 2017 only 17 percent of the participating companies passed the preselection. At the 2019 competition we are one out of 479 companies from Northrine-Westfalia and one out of 5.399 german companies.

So less than 0.2 percent of Germany’s mid-sized companies are nominated. Just to pass the nominaton process is an award we highly appreciate.

In a ranking conducted by the management consultancy isw Halle, the “Großer Preis des Mittelstandes” came first out of 536 German business competitions.

For this prize one cannot propose oneself, but must be nominated by a third party.

The jurors evaluate the companies according to the following criteria:

The jurors for the candidates from North Rhine-Westphalia:

The award ceremony for NRW will take place on September 28th and 29th 2019. 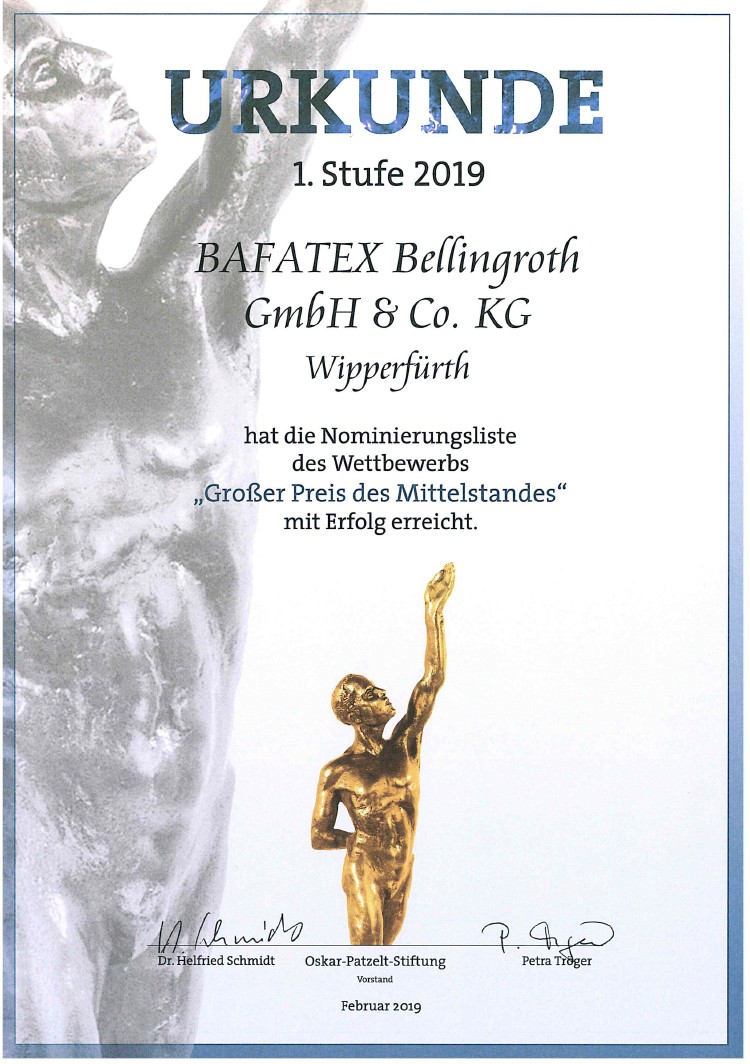